Poetry Smackdown… THE EVENT YOUR POETRY UNIT IS MISSING! 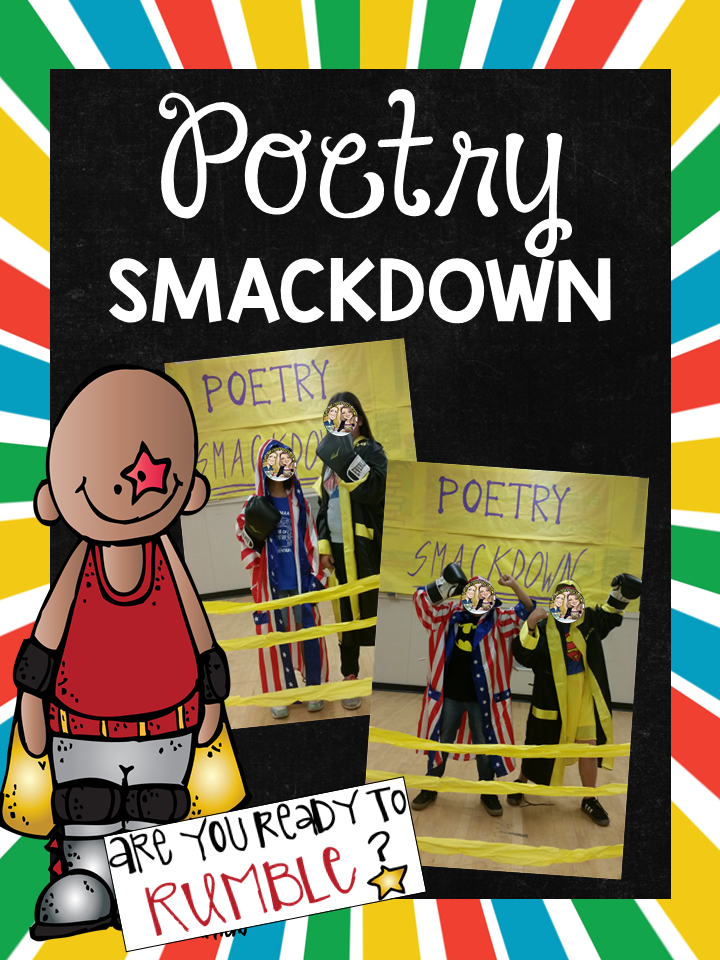 Get your students ready to step into the ring with their favorite poems and poets!

What is Poetry Smackdown?

If you know anything about The Rigorous Owl, you know that we love a good theme! We also love to put on, what we call, Classroom Events. So what is a Classroom Event? A Classroom Event uses an exciting theme that captivates students’ attention and ignites their passion for learning. Classroom Events take students out of their desks doing boring old worksheets and instead takes them onto the stage to experience content with a full understanding. Students are learning when they don’t even realize it. The event motivates students to not only understand a standard, but to master it.

The standard that we focused on was Poetry. In our class, we had already learned the elements of a poem, and now we were ready to dive deeper into how a poem should be read. The goal of Petry Smackdown was to show our students that Poetry is an art that is meant to be enjoyed. We wanted our students to take risks and have fun! This is when our idea for Poetry Smackdown was born.

What is Happening During Poetry Smackdown:

Steps to Creating a Poetry Smackdown 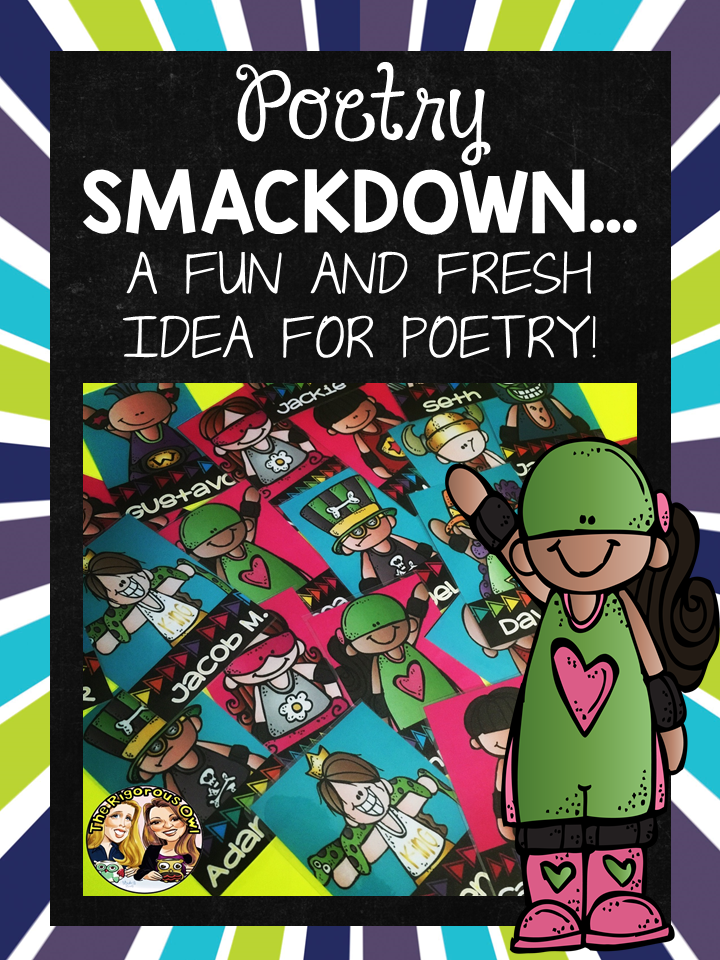 The first step to Poetry Smackdown is to create a bulletin board to track your participants. Think “March Madness.” To begin, we shuffled our student “trading cards” and created totally random competitors. Competitors were then  given the same poem and were given a week to memorize and master it for their performance. This was Round 1. At the end of the week, students got into the “ring” and battled it out. Once they were in the ring, students each took turns performing their poems and the class nominated a winner. After everyone performed their poems, we had a class discussion of what made for a good performance and what did not. The students that lost Round 1 then had the job of encouraging their “opponent” and preparing them for the next round. 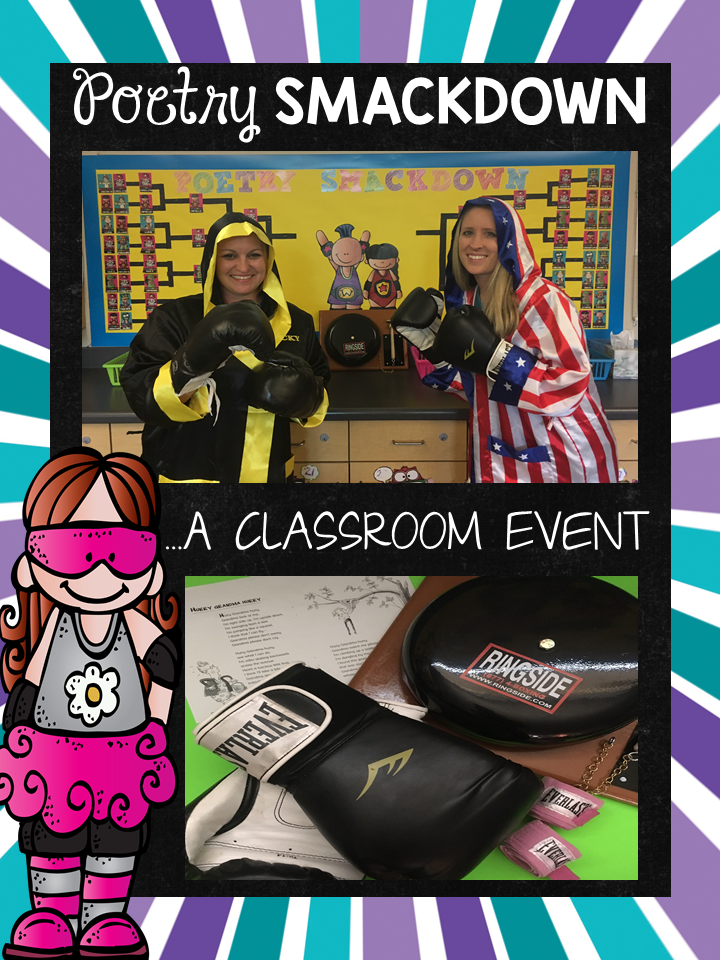 Now, it was time for Round 2. Round 2 meant that all students received new poems and were paired up with new competitors. The competitors received the same poem and were given another week to memorize and master it. Each round looks the same, until you are left with your final competitors.

When we first came up with the idea, a couple of red flags were raised and we weren’t quite sure how it would all pan out. We were a little nervous about how students would take the losing aspect of the event. Okay, are you ready for it???? Here’s what we didn’t expect week after week. Because we had the students who lost, root on their “opponent,” the entire vibe that we were afraid of was null and void. Students did not show any negative behaviors. Instead, we had the losing students ask for their “opponent’s” same poem in order to help them! We saw our students out on the playground practicing their poems and giving each other tips on how they could win the next round! Our teacher hearts were overflowing when we saw our students lifting each other up!

Who Participates in the Main Event? 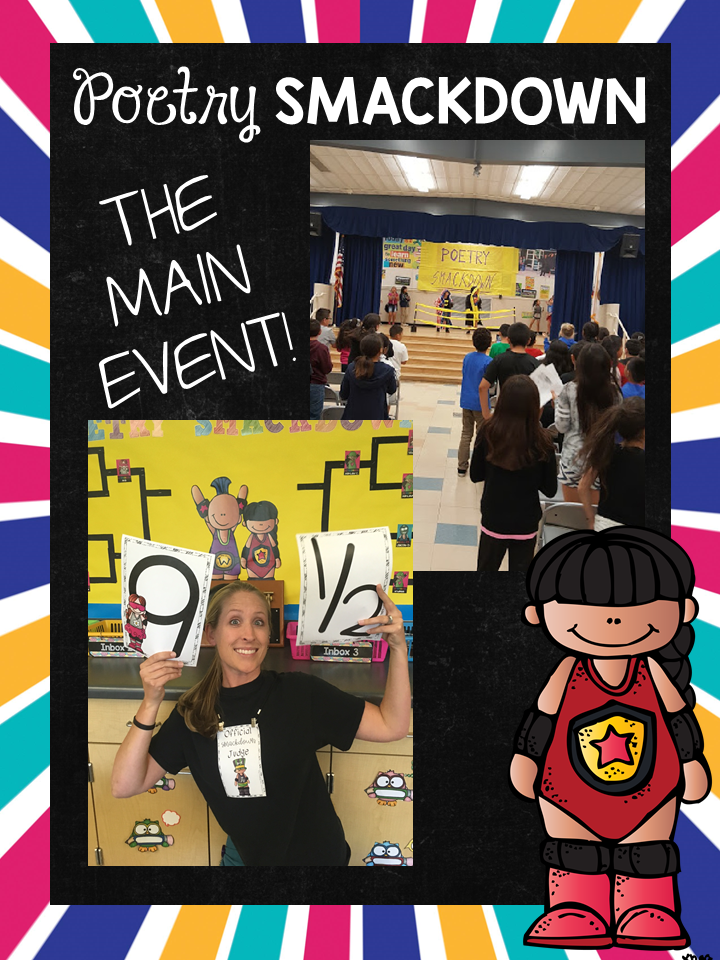 The main event works best with anywhere from six to eight performers. Since we are a school with one hundred fourth graders and three fourth grade classes, we decided to have each class submit their top two performers to the Poetry Smackdown’s Main Event. This set us up for three rounds.

We wanted our Main Event to be a show, so we decided to have other students who did a good job with their poems, but didn’t make it to the main event, open our show with their favorite poem as “Honorable Mention” performers. Each class submitted around four students to open each round. In our minds, the more students participating in the Main Event, the better!

Other students who participated were our “Cornermen.” These “Cornermen” were students who stood out to us and truly uplifted others throughout the rounds. The “Cornermen” were given water bottles and towels and were up on stage with the Man Event qualifiers to encourage and root them on in their corners. This was absolutely hilarious to watch! They patted the performers’ foreheads before and after their performances and provided moral support. The “Cornermen” really added that sense of entertainment a show needs! 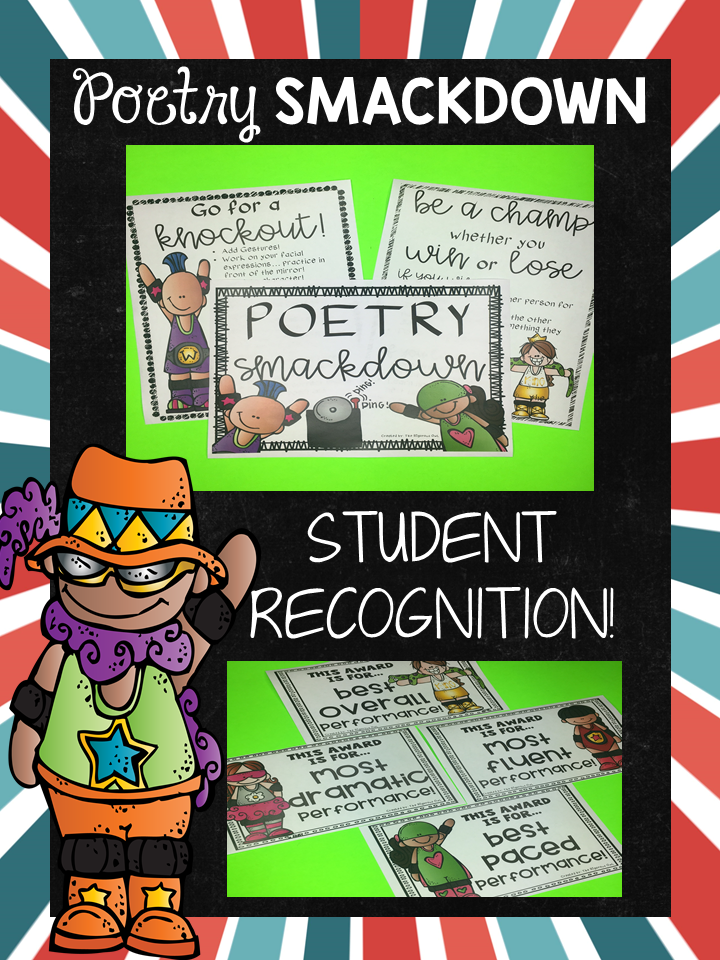 Our main event was a little bit different from the other rounds. Each class had two students. These students were not given the same poems. They were each given their own. We were done eliminating students. In our minds, these students had been through enough rounds. They had both proven to be amazing! Now, they were competing for awards under different categories. We awarded Most Dramatic, Most Entertaining, Most Fluent, Best Overall, and so on. It was more entertaining to hear different poems during the Poetry Smackdown’s Main Event.

If you are looking for ways to improve and add to your Poetry Smackdown’s Main Event, you can’t go wrong with props! For our main event, we added an official Ringside Bell, two robes for the competitors, boxing gloves, microphones and MUSIC! We played Jock Jams- Let’s Get Ready to Rumble! We HIGHLY recommend using it in your Poetry Smackdown’s Main Event!!!!! The high energy music pumped up our students and set the stage! The music was playing as the students entered and also between rounds to add excitement!

After the Main Event

After the Main Event was over, the buzz did not stop! The teacher’s lounge was buzzing with:

“We will forever do this event!”

“That was the best thing ever and it was so easy!”

Needless to say, it was a KNOCKOUT event! Our students had fun, we had fun, and best of all our students learned how fun poetry can be. This event is definitely worthy of assemblies, parent nights and is a show for whoever is in your audience!

Even after our Poetry Smackdown was over, students still asked if they could get new poems to practice on the playground. The event was over, but their love for poetry continued. Mission Accomplished! What more can a teacher ask for… am I right?! 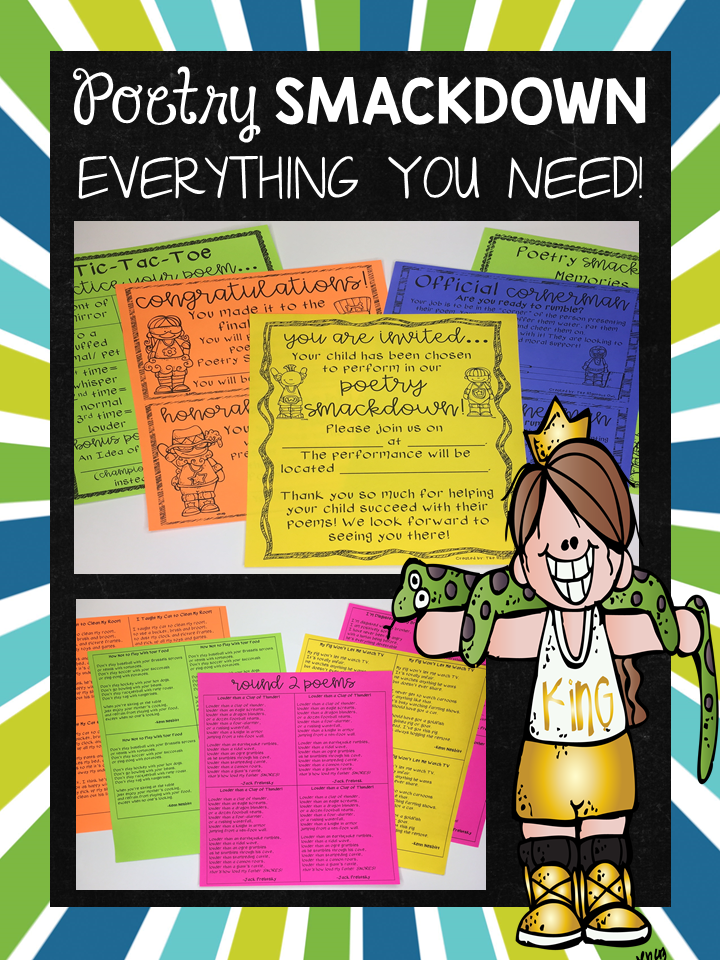 Click Here to Get This READY TO USE BUNDLE! 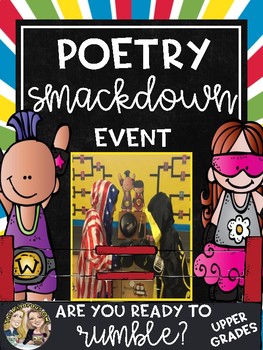 Want to get this Poetry Smackdown Classroom Event for FREE? Enter below! 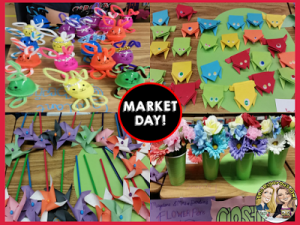 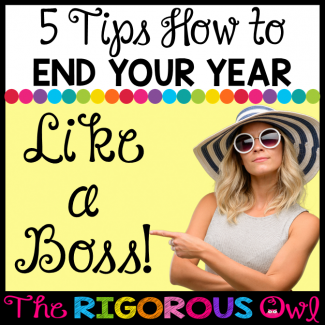 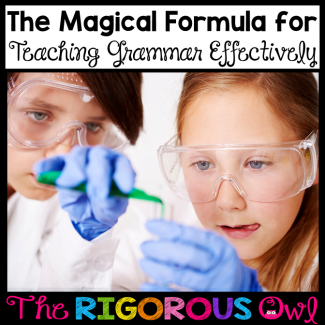